US fuel deal: Another Taylor made accounting trick that will not secure our fuel 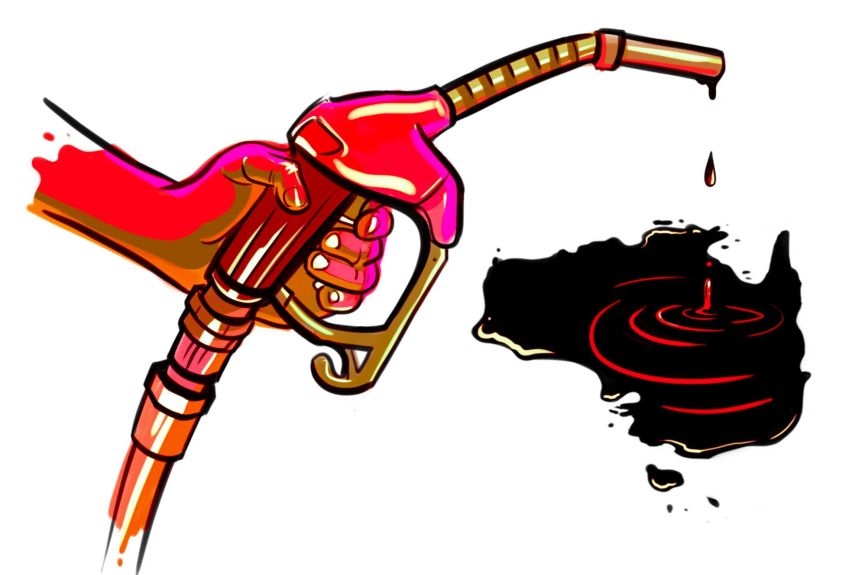 The Morrison Government’s arrangement to store Australia’s emergency fuel reserves in the United States is nothing more than an accounting trick that will do nothing to ensure the country’s resilience to a global crisis that disrupts fuel supplies, the Maritime Union of Australia has warned.
Energy Minister Angus Taylor announced the signing of an agreement to allow Australia to lease storage space in the US Strategic Petroleum Reserve, using that oil stored on the other side of the world to technically meet the International Energy Agency’s minimum 90-day fuel stockholding obligation.
The arrangement has provided no details of how that oil stockpile would assist Australia in a genuine crisis, how long it would take to bring to Australia, or how it would be transported when there are no Australian-owned oil tankers.
MUA Assistant National Secretary Ian Bray said the IEA requirement for minimum fuel reserves — which Australia has been in breach of since 2012 — were about ensuring adequate reserves were available to address potential shipping disruptions caused by military conflicts, economic crisis, or natural disasters.
“More than 90 per cent of Australia’s fuel is imported, all on foreign tankers, yet in recent years the country has regularly had just a few weeks of fuel available, putting the economy at risk of grinding to a halt if any major incident cut those supplies,” Mr Bray said.
“To claim that storing Australian-owned oil in the US Strategic Petroleum Reserve will somehow solve this is fanciful, especially as the Morrison Government has provided no information on how it would transport those fuel supplies during a crisis.
“This agreement with the US is nothing more than an accounting trick that aims to placate the International Energy Agency while doing absolutely nothing to deliver fuel security for Australia.”
Mr Bray said the Morrison Government should take advantage of a collapse in global oil prices to construct a domestic fuel reserve, ensuring the products needed for transport, aviation and industry were on Australian soil and ready to use during any future crisis.
“The US has had a Strategic Petroleum Reserve for decades, which they consider a critical asset for their energy and national security,” he said.
“Rather than look to accounting tricks, the Morrison Government should emulate that model and construct a domestic fuel reserve that ensures adequate supplies of fuel are always available to address potential shipping disruptions caused by military conflicts, economic crisis, or natural disasters.

“Given it takes a supply chain of approximately 60 full-time fuel import tankers to supply petrol, diesel and jet fuel to Australia, and Australia has no ownership or control of any part of that supply chain, the Australian Government should also look to develop a strategic fleet that includes Australian-owned oil tankers to ensure supplies can continue during times of crisis.

“Given the short timeframes involved during the kind of emergencies where fuel supplies might be threatened, the Morrison Government’s solution of storing emergency fuel halfway around the world is not only fanciful, its recklessness puts the Australian economy at genuine risk.

“With the growing coronavirus pandemic already causing problems with supply, and businesses and households facing shortages of some products, it would be in the national interest if fuel wasn’t added to that list.
“A cut to fuel supplies wouldn’t just impact the transport sector, it would jeopardise our national food security and devastate local manufacturing, including some pharmaceuticals.”