On 18 June, MUA members will take action in Sydney to draw attention to the safety crisis in stevedoring. The union is stepping up its Waterfront Safety Campaign after the recent death of Anthony Attard, tragically killed in Melbourne last month.

The rally will target a major affiliate of the Australian Logistics Council, who publicly called for stevedoring safety regulation to be scrapped on the very day of Anthony's funeral. Get on board, it's going to be a big one.

Members are welcome to join us to watch State of Origin at a city venue after the rally.

This latest tragedy highlights why we must fight to make sure that safety is mandatory. There is a safety crisis in stevedoring. These tragedies are not ‘accidents’. There are causes. That’s why we need regulation.

Since he was elected, Tony Abbott has dismantled safety regulation. The Abbott Government has blocked our Stevedoring Code of Practice, and twelve other life-saving codes of practice, which it describes as ‘red tape’.

The Abbott government has instructed AMSA to begin dismantling Marine Order 32, the safety bible for wharfies for over 80 years. This is a disgrace and will worsen the carnage.

Members are advised to prepare for a sharp escalation of the campaign. 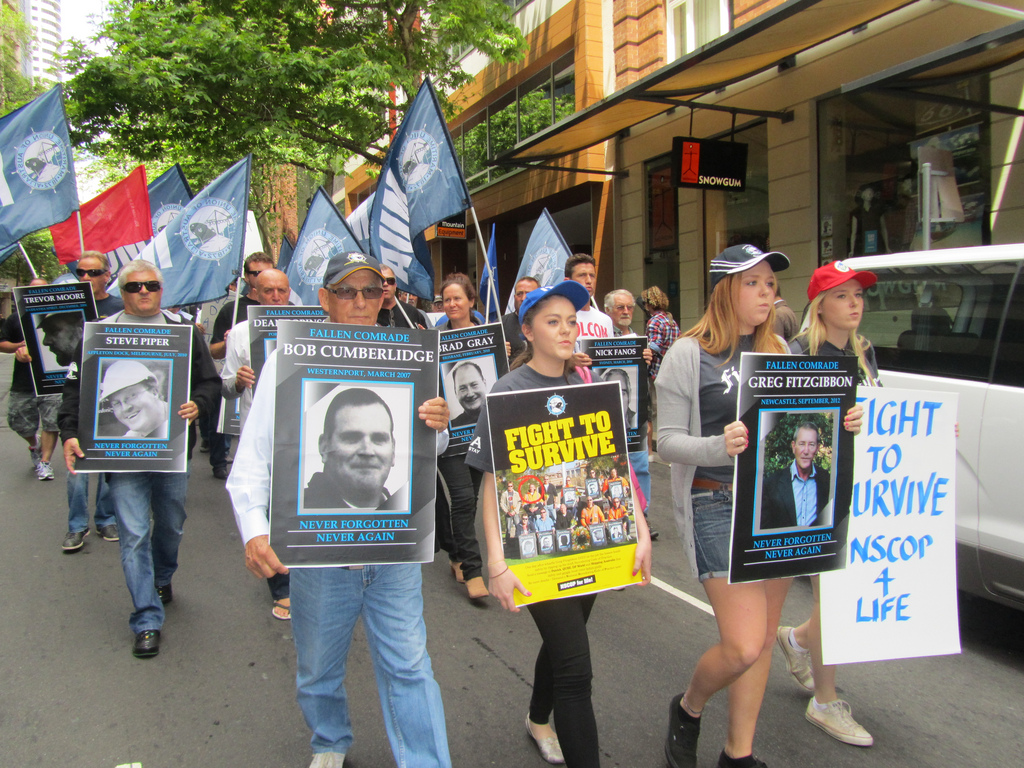