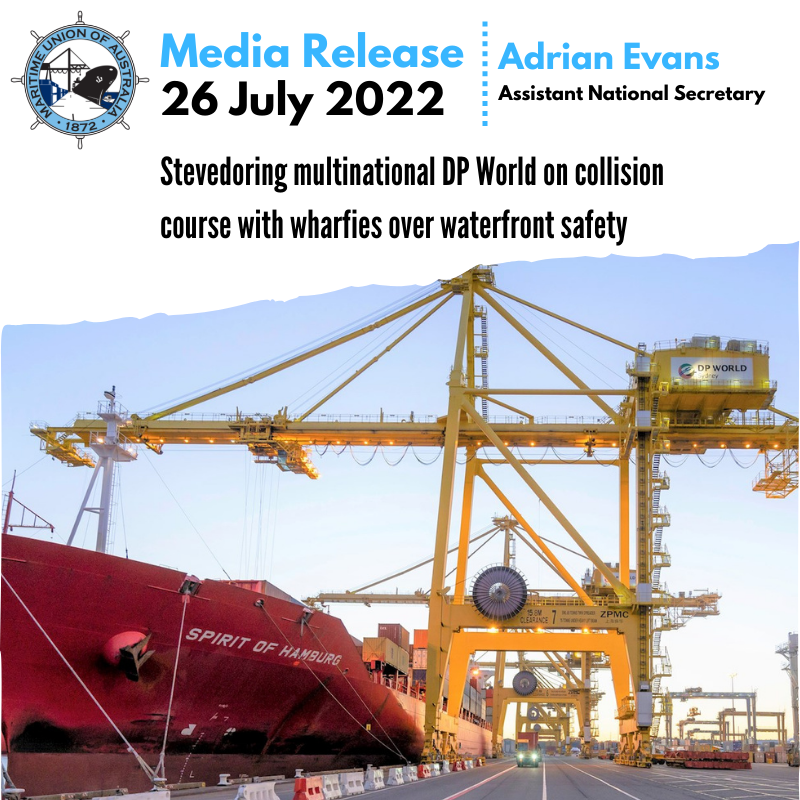 The safety credentials of one of Australia’s largest stevedoring companies is being called in to question, with Maritime Union of Australia safety officials expressing their gravely held concerns about a push from management to implement a reckless benchmarking system that pits wharfie against wharfie in a battle to see who is the fastest machinery operator around the Australian waterfront.

The Dubai-owned DP World terminal operator, which has facilities at ports in Brisbane, Sydney, Melbourne and Fremantle, has recently rolled-out an employee benchmarking system which shows workers where they rank for speed amongst their colleagues, complete with individual’s performance measurements presented in the style of racing car instrumentation.

“DP World want to pit worker against worker in an attempt to foster a speed-culture on the waterfront that will inevitably place safety a distant second in some of the highest-risk working environments in Australia,” said the MUA’s Assistant National Secretary, Adrian Evans.

“Pushing workers to focus on speed instead of safety while operating high risk machinery is guaranteed to deliver tragedy, not productivity. Recent tragedies on the Kiwi waterfront are a timely reminder of what happens when middle managers are allowed to prioritise profit over the lives of their workers,” Mr Evans added.

The MUA’s National Safety and Training Officer, Justin Timmins, cautioned workers at DP World that nothing was more important than going home safely at the end of a shift.

“The push to pit worker against worker in a never-ending speed trial on the Australian waterfront will only end in tragedy. Right now, New Zealand ports management are being prosecuted for a spate of workplace deaths on the Kiwi waterfront, all of which started with a similar race to the bottom on safety,” Mr Timmins said.

The bulletin told workers that the personalised data, presented in the style of a car’s speedometer, would generate “meaningful, open discussions about your performance and productivity in the workplace” and “motivate you and your peers to drive improvements in productivity”.

Mr Evans called on DP World to abandon its flawed and dangerous scoring system and engage with its workforce respectfully about how to improve productivity without putting the safety of stevedoring workers at risk.

“The COO claims that the success of his business is based on each DP World employee doing a great job every day, but whoever came up with this idea needs to go back to the management brainstorm workshop, pull out the textas and try again. Too many of our members have lost their lives in this extremely dangerous industry and we will never accept industrial cowboy policies like this on the Australian waterfront” Mr Evans said.

DP World, which pays no income tax in its home base of the United Arab Emirates, delivered an 8.3% increase in throughput at its Australian and New Zealand ports last financial year and posted a global profit of over $1bn to its shareholders.

“No company should ask its workforce to put their lives on the line for profit. The local managers of this multinational, multi-billion dollar company have no excuse to be undermining the importance of workplace safety in pursuit of minor productivity improvements”, Mr Evans said.