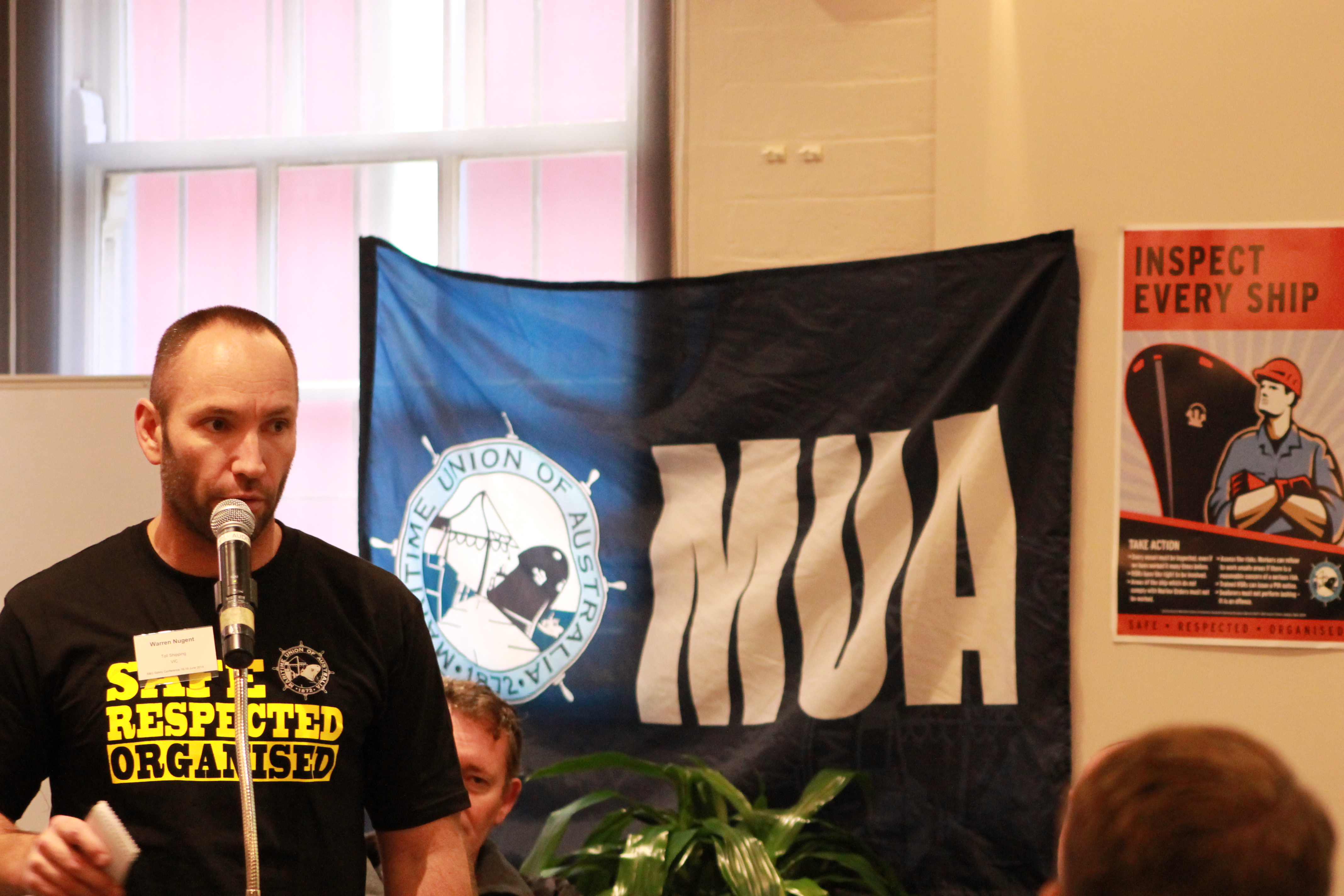 The mood at this year’s Bulk & General Conference was understandably sombre, with members from around the country, convening in Sydney, just one month after the death of Melbourne delegate, Anthony Attard.

When Anthony’s comrade and colleague, Warren Nugent, took the microphone and delivered his heart wrenching account of the tragic day, silence descended upon the conference room.

But instead of succumbing to his visible grief, Warren stayed unbelievably strong, offering advice and ideas for the union going forward in an effort to ensure others do not have to go through something similar in the future.

Warren admitted to being angry at the company, particularly for the callous way with which they dealt with Anthony’s death, but he also insisted the fault lay with everyone and not just with the company.

He said every time a worker succumbed to greed driven by the employer they cut a corner. Until eventually the corner inevitably became a bend and until that bend was eroded to become “a straight line to a death”.

The onus was on workers, he said, to not cut corners, to not turn the other way and to make sure the workplace was safe. 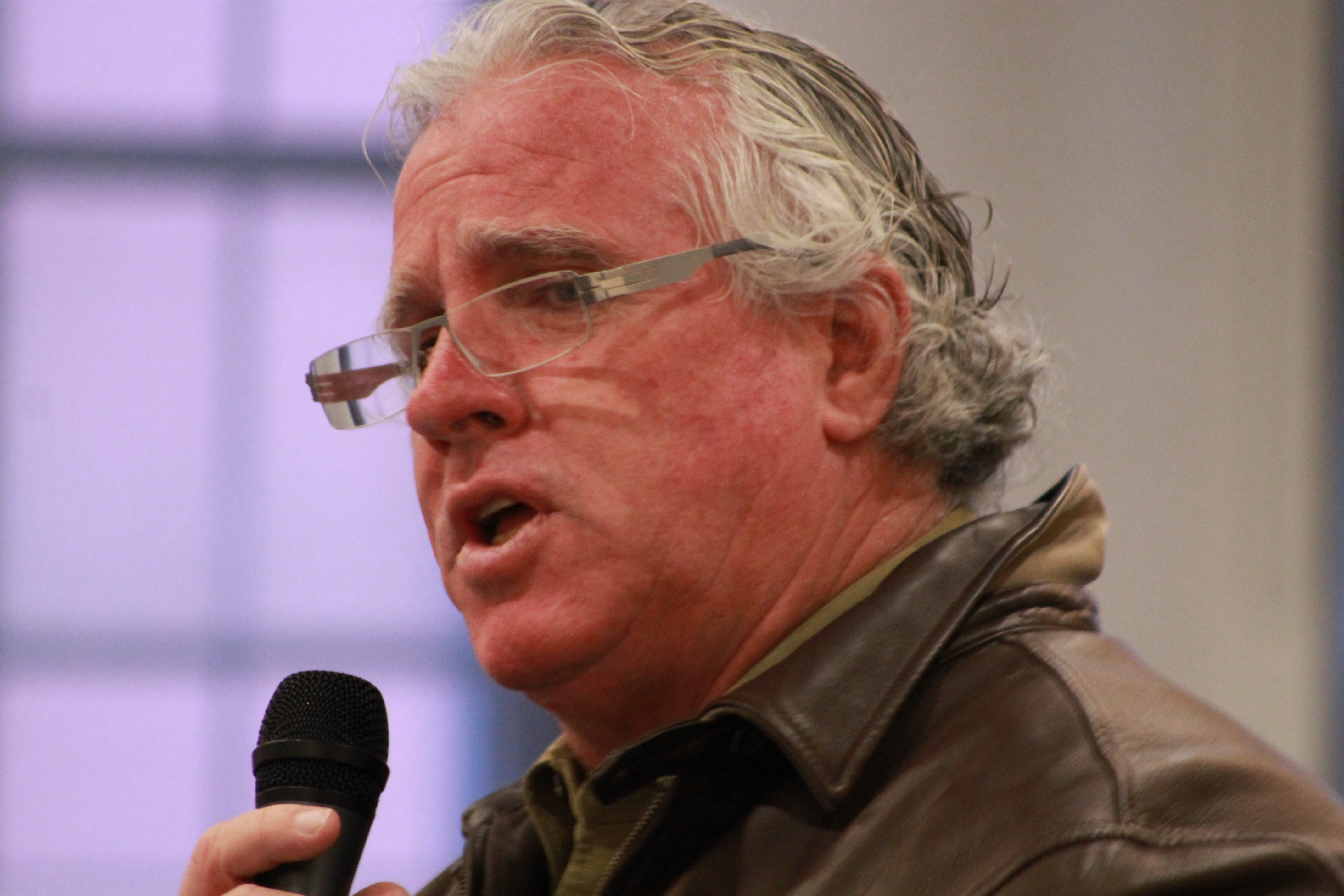 National Secretary Paddy Crumlin opened the conference saying one of the major hurdles to overcome to deliver safety on the job is to have consistency throughout all of the ports, which because of different state regulators, was not occurring.

“We have to challenge the regulators,” Crumlin said.

“At the moment we’re caught up in the jurisprudence of government.”

One of the ways Crumlin suggested this could be done was to lobby the Labor Party to ensure the next time they formed government, forming safety policy would be a party priority.

However, he was clear that the rank-and-file, as the most important part of the union, had to take the lead in safety campaigning and changing the status quo.

“We need to set the emotion aside, we are the arbiters of our outcomes,” Crumlin said.

“It’s harder for unions than ever before. In this country we’re at a low policy ebb with a range of blatantly anti-worker policies rolling out of Canberra designed to fragment industrial consensus and functionality in the workplace with scant regard for the human cost.

“Safety on the waterfront is one area of new policy vandalism. The timing is particularly poignant and tragic given the recent death of Anthony Attard on the Melbourne wharves.

Crumlin said employers had a special responsibility to continue to work with the union to form a cohesive national safety standard in this critically dangerous industry and not be distracted by the short-term political or industrial opportunism presented to them by the current Federal Government. 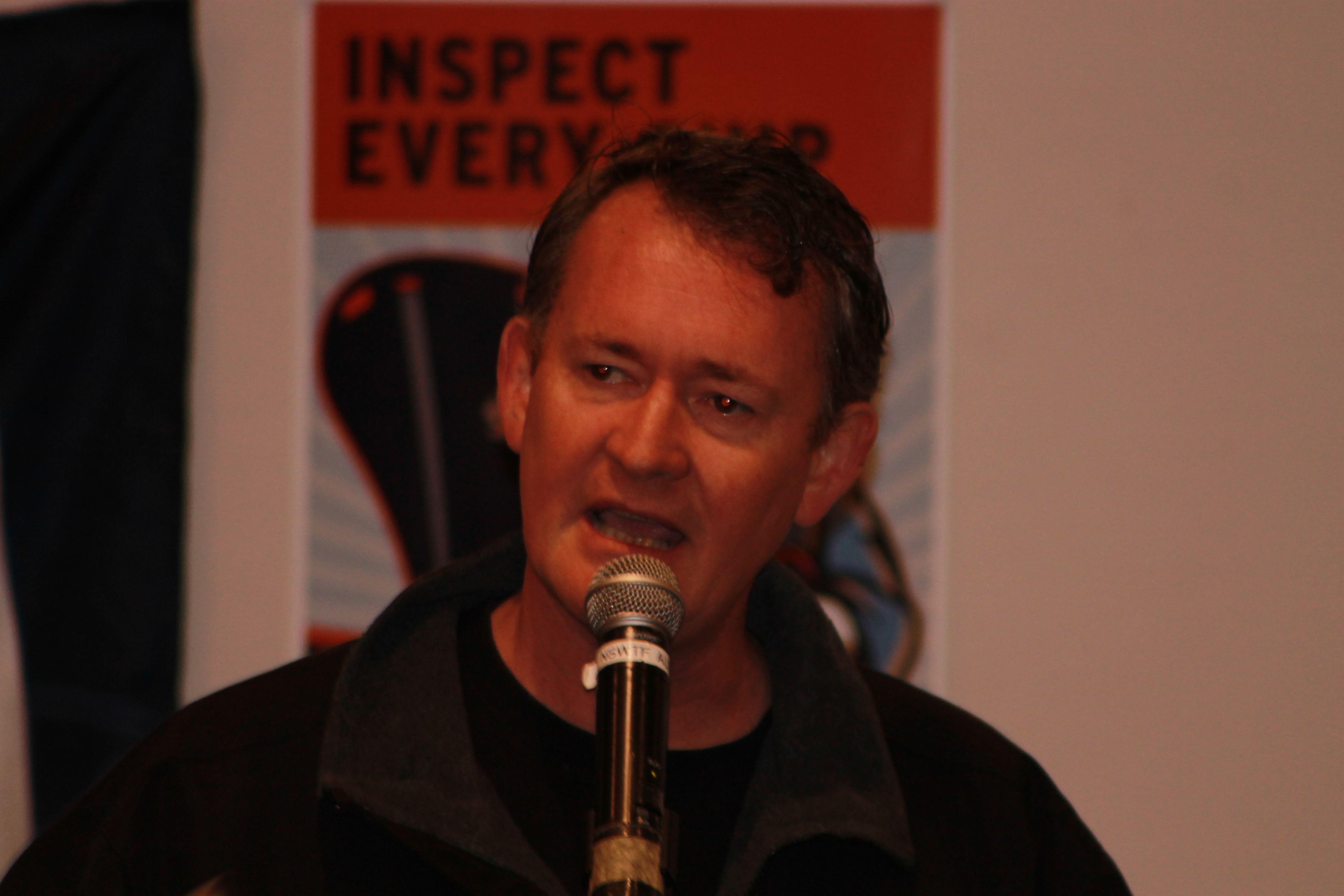 After a handful of questions from the floor, Assistant National Secretary Warren Smith took the podium.

Smith issued a warning, saying workers had to be ready for an attack from the companies, backed by the aggressive, neo-conservative government.

“On top of that we’re doing it with less labour. So the job is sped up, with less people.

“They’re coming at us so we now have to develop the plan going forward and how we’re going to stop that.

“It’s this conference that’s going to set the agenda, consisting of your ideas, from your stories on the job. Your losses on the job.”

He reiterated the fact that wharfies were 14 times more likely to die on-the-job than an average Australian worker and there were no signs that this statistic was decreasing in the wake of Anthony Attard’s death.

“We need to be heard,” Smith said.

“We need to mobilise in the community, on the front doors and in the lobbies of the people that don’t care about the lives of the workers, the lives of our families.

For all of the photos from the conference click here.