Management at Toll did not not know what hit them when 150 emotional MUA members occupied their offices at Homebush, Sydney. 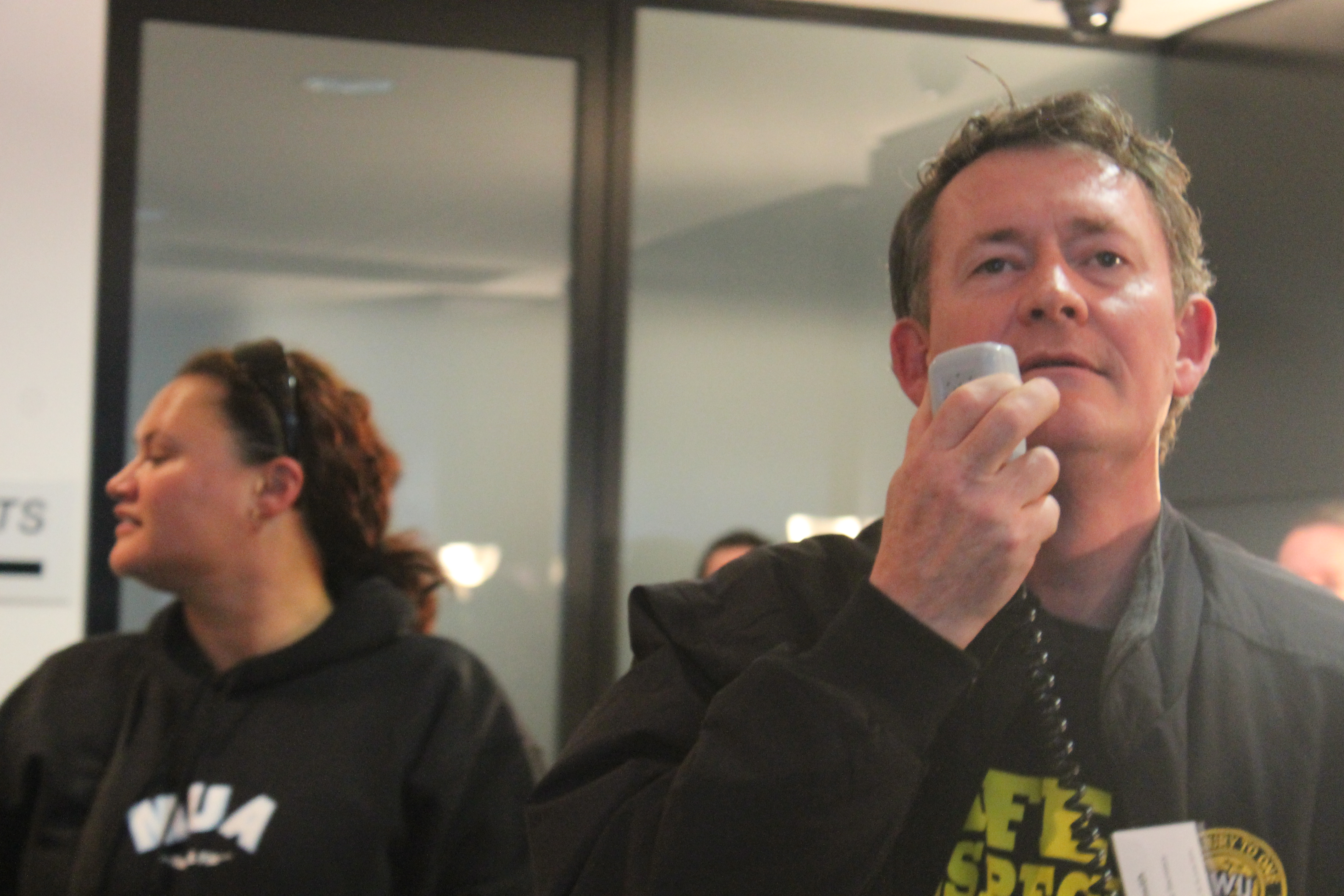 Led by Assistant National Secretary Warren Smith, slogans such as - "No more death Toll," "no more deaths on the waterfront," "safety must be law, you're killing us no more" and "safety before profit" - were relayed over loudspeaker throughout the company's building.

Members made the trip to Toll's offices to protest the company's role in trying to block the National Stevedoring Code of Practice just one week after a member, Anthony Attard, on the Toll site at Melbourne was tragically killed at work.

None of the staff at Toll seemed to know about Anthony's death, they acted put-out at being mildly inconvenienced at their workplace. Somewhat ironically a lot of the company propaganda scattered around the offices showed the company spruiking their safety policy.

"Toll can make as many glossy brochures as they want but we will continue campaigning, continue fighting, even if it means occupying every Toll office in the country, until we get a result.

"Toll, as a board member on the Australian Logistics Council, have explicitly backed the ALC's position on waterfront safety, a position that essentially says safety shouldn't get in the way of profit.

"Toll is not our only target, we will go after all of the stevedores that stand in the way of safety becoming law.

"Unfortunately for Toll they have set their target in our sights after a comrade died on their site."

As expected, management would not face the protesters and hid in their offices, escaping confrontation through the back door and calling the police to disperse the crowd.

"But beware Toll, beware Qube, beware Patrick, this is only the beginning of a campaign that will not be exhausted until our demand for a safe workplace is met," he said.

For all of the photos from the rally, click here. 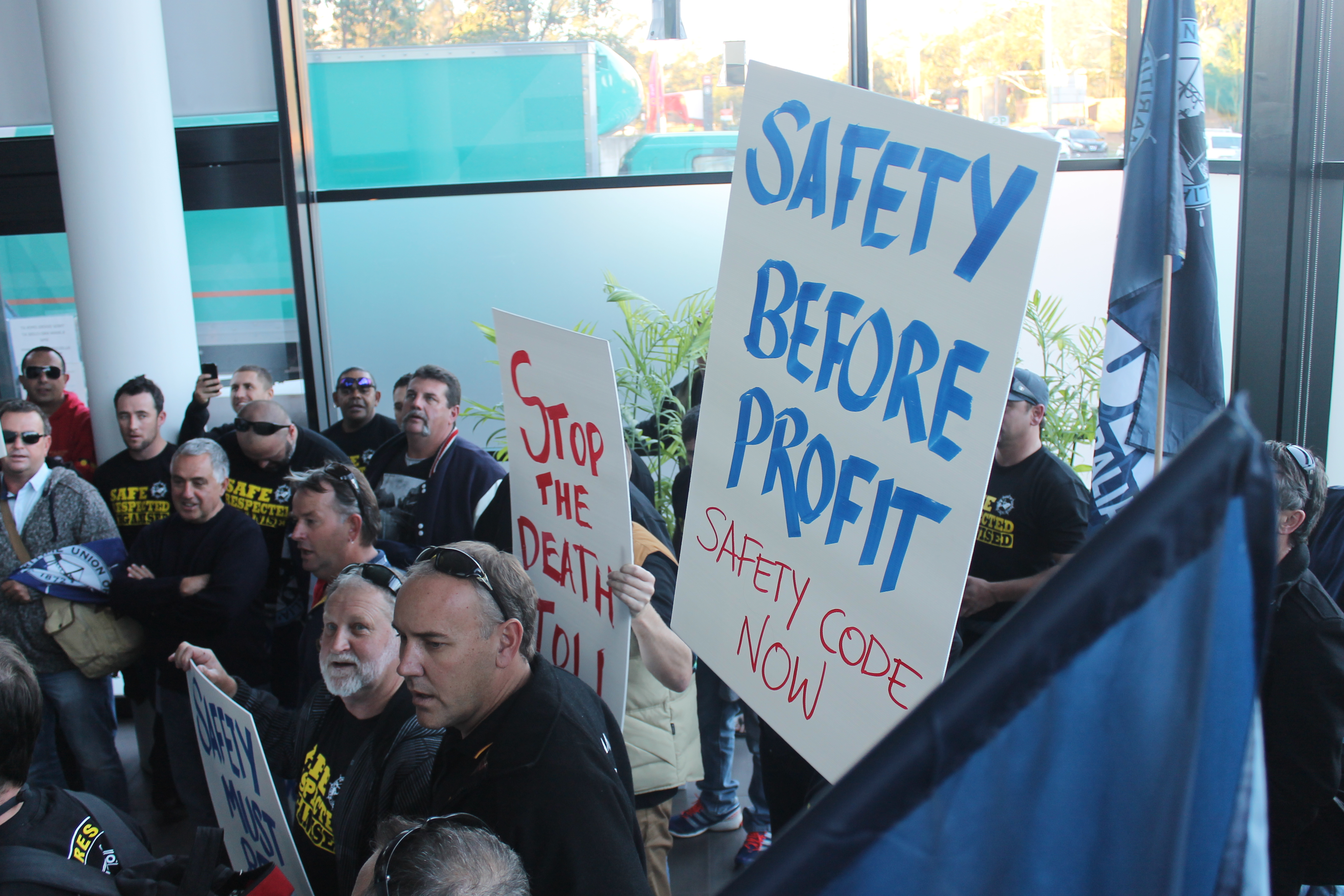 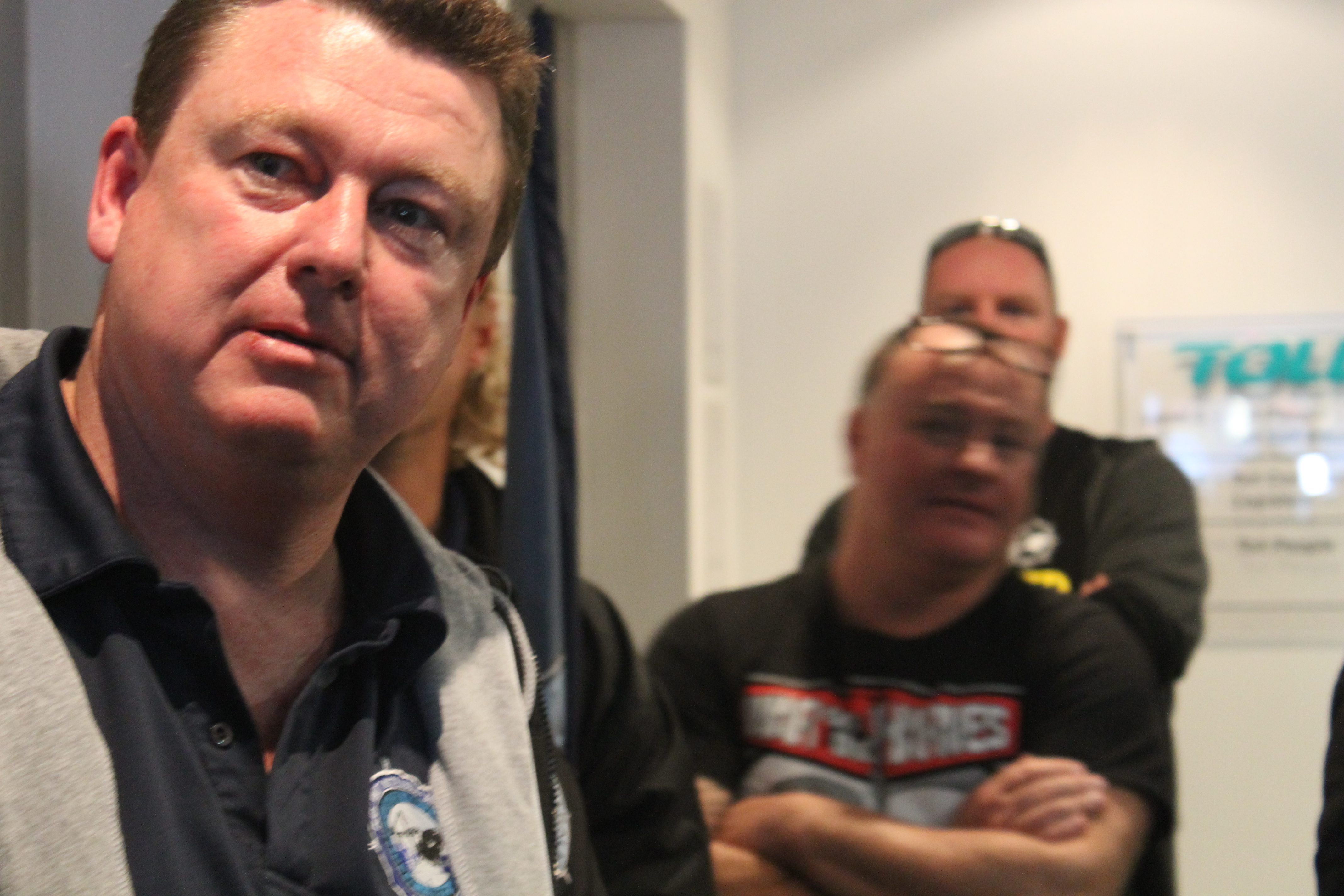