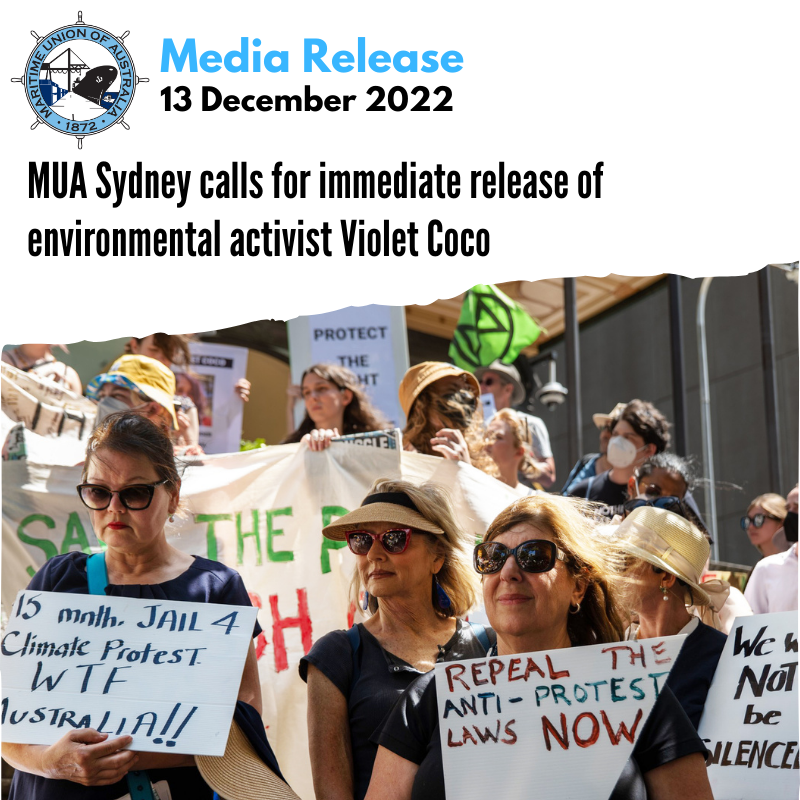 Sydney Branch Secretary Paul Keating said “Violet’s imprisonment is the direct result of the implementation of draconian and anti-democratic laws by the NSW Parliament. As soon as these laws were passed it became inevitable that NSW Police would enforce these repressive laws and the Judiciary would apply custodial sentences, meaning the State of NSW is once again imprisoning people for legitimate forms of protest. A benchmark of authoritarianism.”

Mr. Keating said “the State and the ruling class including multinational corporations have at their disposal virtually unlimited resources with which to pursue the endless accumulation of profit at the expense of first nations peoples and working-class communities. The continued expansion of carbon intensive industries and the destruction of the environment has been repeatedly demonstrated through scientific consensus as a global catastrophe.”

“The working class has always relied upon political, industrial and social protest to achieve outcomes and oppose destructive policies, almost always hostile to the position of the ruling class. We must continue supporting protest as a legitimate democratic expression, no matter how uncomfortable it makes us feel.”

The MUA today declared that the union will fight for Violets release, and will fight to overturn these draconian laws which only serve the interests of the rich and powerful.

Paul Keating said “in the absence of her release and a repeal of these laws the MUA will support civil disobedience campaigns in violation of these unjust laws.”