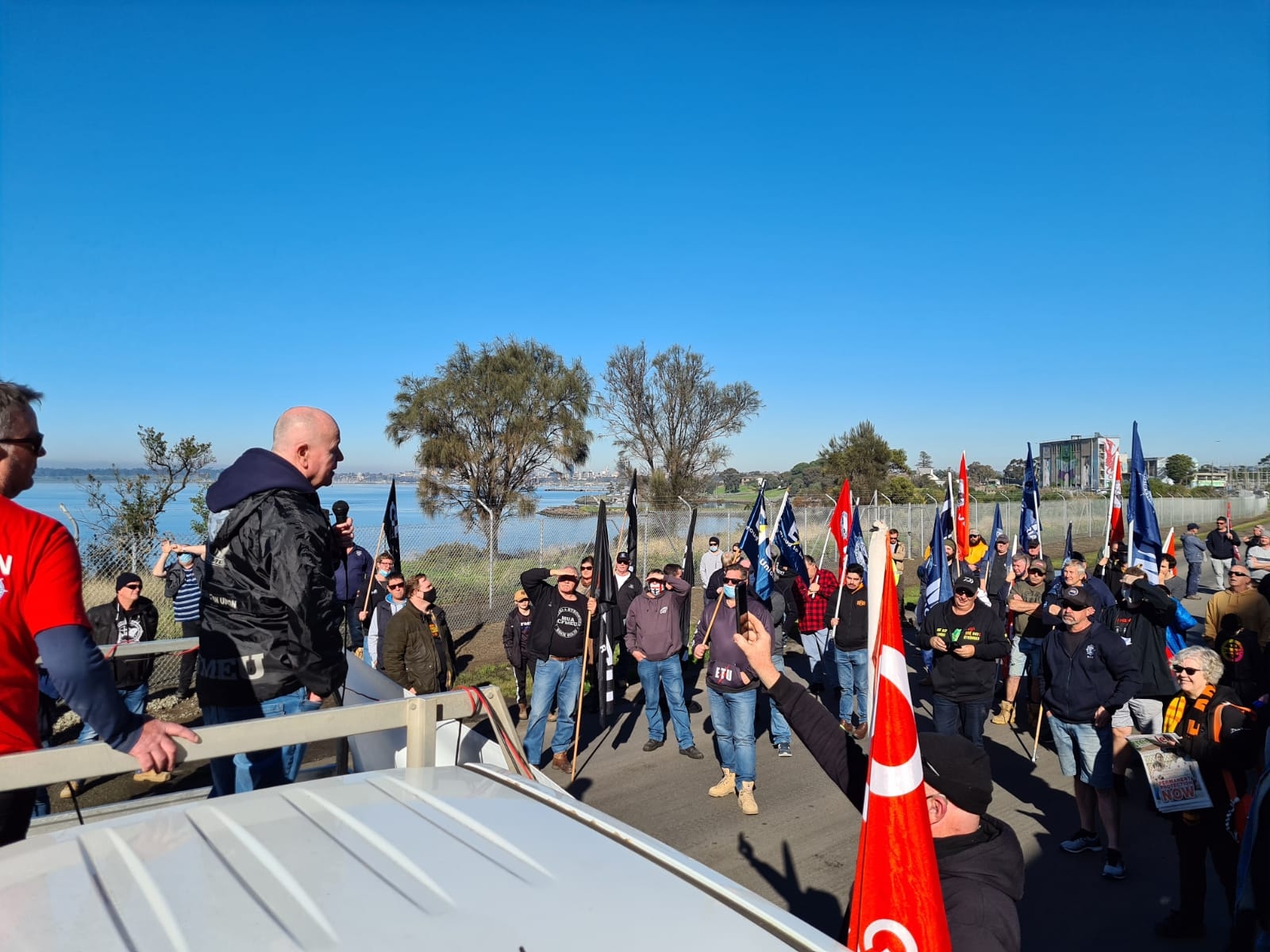 Geelong workers who were made redundant by Svitzer in December last year were joined by fellow Maritime Union of Australia members, along with members of other unions, to demand that local workers be given their jobs back rather than be replaced by a labour hire contractor.

The 18 workers who lost their jobs were shocked to discover that just six months after Svitzer told them it was departing the Port of Geelong, the company had contracted Strategic Workforce Solutions to use fly-in fly-out workers to restart marine towage services at the port.

MUA Deputy Victorian Branch Secretary David Ball said it was outrageous that the largest operator of towage services in Australia, with a fleet of more than 100 tugs at 28 ports, was stripping jobs out of the Geelong community.

“Svitzer Australia tossed 18 local workers on the scrap heap just before Christmas, telling them they were abandoning the Port of Geelong,” Mr Ball said.

“It appears Svitzer never really intended to leave Geelong, they just manufactured this arrangement where they could terminate their entire local workforce and use a sham contracting arrangement with a labour hire company that has no experience in maritime towage to slash costs.

“Geelong is being robbed by this multinational company who wants to profit from providing towage services at our port, but not provide any jobs or economic benefits to our local community.

“The union has repeatedly attempted to negotiate with Svitzer to find a way to allow their viable reentry into Geelong, but the company refuses to work with the union.

“Svitzer has also refused to reinstate the workers they made redundant, despite these former tug crews being the most experienced people for the job, with exceptional knowledge of how to safely and efficiently undertake tug operations at the Port of Geelong.”