International Day of the Seafarer 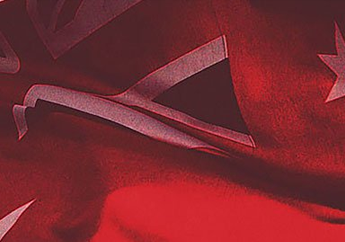 Australians are being urged to consider the significant contribution of merchant seafarers to the country’s economy and society as the world marks the International Day of the Seafarer.

Organised by the International Maritime Organization — the United Nations agency with responsibility for the safety, security and sustainability of shipping — June 25 highlights the huge but often overlooked contribution seafarers make to modern society.

Maritime Union of Australia national secretary and International Transport Workers' Federation president Paddy Crumlin said many people failed to realise the significance of the hard work of seafarers to the success of modern society.

“These are the men and women who sacrifice time with family and friends to move Australia’s exports, supplying the country with fuel and commodities, and ensure the overwhelming majority of everyday products are available to the community.

“All too often, the public and even politicians forget that this small band of dedicated seafarers are responsible for keeping our island national operating.

“In 2019, the Day of the Seafarer has a special focus on the substantial role of women in the industry.

“More than just celebrating the contribution they already make, we are highlighting the many opportunities for young women to seek a rewarding career at sea.”

Mr Crumlin said the International Day of the Seafarer was also a call to action to halt the continued loss of Australian flag vessels under the Abbott, Turnbull and Morrison Governments.

“Despite the significant contribution of Australian seafarers, the Liberals and Nationals have been driving a race to the bottom on the Australian coast, with highly-skilled Australian seafarers replaced by flag of convenience vessels registered in notorious tax havens and crewed by exploited foreign visa workers paid as little as $2 per hour,” Mr Crumlin said.

“This was highlighted in January when the Federal Government not only stood by as BHP axed the last two Australian iron ore vessels — ending a trade that had existed for a century — but then signed off on the temporary licenses that allowed 80 Aussie seafarers from those vessels to be replaced with exploited overseas visa workers.

“Australia can’t have a strong, secure economy if the nation is completely reliant on foreign vessels to provide our fuel, bring in our goods, carry our exports, or move products around the coastline.

“The people of Australia should pause today, not only in appreciation for the important work of Australian seafarers, but also to consider why we must save and strengthen what remains of Australia’s shipping industry.”