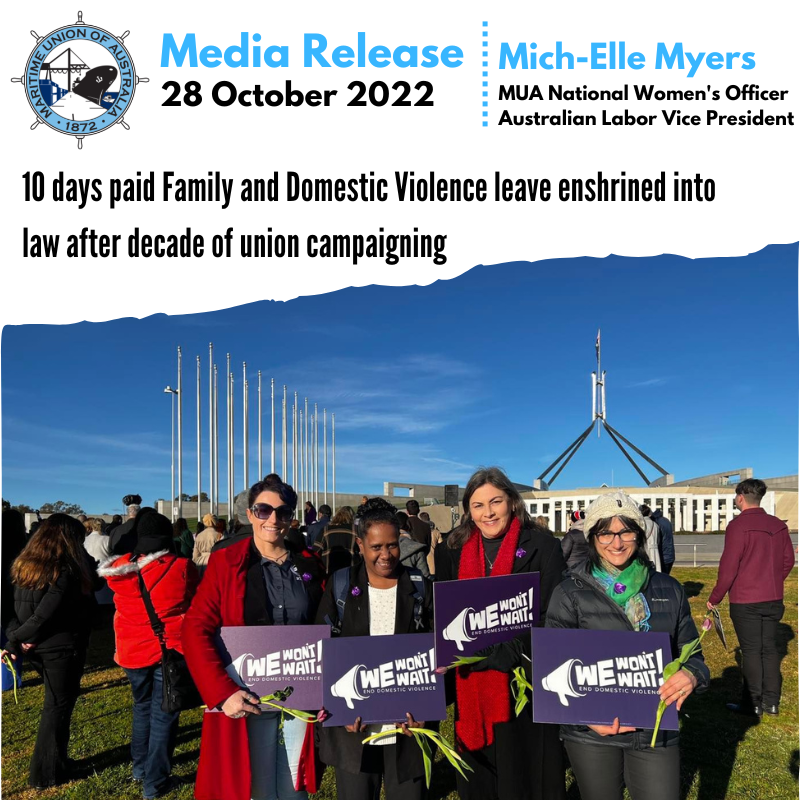 After a decade of tireless campaigning by unions and activists, this week the Albanese Government’s Bill to provide ten days' paid Family and Domestic Violence Leave has passed parliament and been enshrined in the National Employment Standards.

While successive Coalition Governments refused to support this entitlement, unions campaigned and won it workplace by workplace and then in Awards for an estimated 2.6 million workers.

The Maritime Union of Australia welcomes the support from the Labor Government and supportive crossbench Senators and MPs that voted to make this a universal entitlement for all workers. This means a further 8.44 million workers, including casuals, will be eligible to take paid leave to support them with leaving a violent relationship.

On average, it costs $18,000 to escape a violent relationship in Australia and economic security is a key factor determining whether a person can escape a dangerous relationship. Paid Family and Domestic Violence Leave will save lives.

"11 million workers in every workplace will now benefit from this extraordinary campaign, led initially by the ASU and quickly supported by all unions," Ms Myers said.

Started by Ludo McFerran in 2009 and after a massive campaign by the Australian Services Union, led by Sally McManus, Natalie Lang and now Senator Linda White, the paid Family and Domestic Violence Leave entitlement is now through the Parliament and into the National Employment Standards.