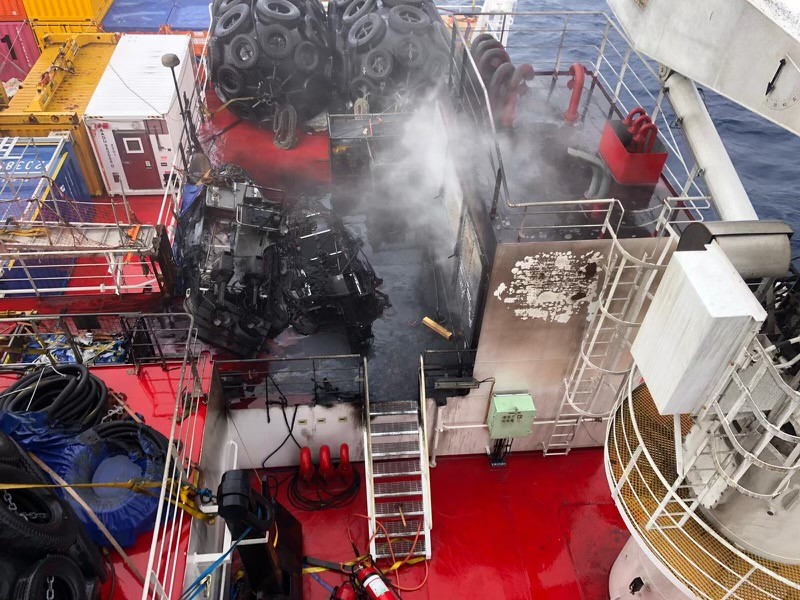 The Maritime Union of Australia has welcomed the imminent safe arrival of Australia’s temporary Antarctic resupply vessel, MPV Everest, in Fremantle, but says serious questions need to be answered about what contingency plans were in place for emergency situations such as a fire.

Support vessel Go Spica finally reached the damaged ice-breaker late yesterday, a week after a major fire burnt through an engine room on the MPV Everest and damaged two vessels on deck. The MPV Everest is due to dock in Fremantle at 3pm.

The union said the Australian Antarctic Division and the Federal Government had serious questions to answer about their contingency plans for the MPV Everest, particularly if the fire had left it unable to continue under its own power, requiring the 109 crew and expeditioners to be rescued at sea.

Maritime Union of Australia Assistant National Secretary Jamie Newlyn said that now the MPV Everest was due to safely dock in the coming hours, it was time for the AAD’s response to be fully examined.

“We are extremely thankful, not only that none of the crew or expeditioners were injured during this major fire, but that the damaged vessel was able to make it to an Australian port under its own power,” Mr Newlyn said.

“A major incident like this, particularly in such a remote area, posed a very serious threat to the lives of everyone onboard, which is why proper contingency plans are so important.

“The fact that it took over a week to get a support vessel to the MPV Everest — and it only reached them when they were less than a day from port — suggests the AAD lacked an effective contingency plan for major emergencies.

“When an icebreaker runs into trouble in Antarctic waters, it’s not good enough for the rescue plan to be the chartering of a support vessel that needs to sail all the way from the Pilbara.

“Sending the Go Spica was a marketing exercise. It was an attempt by the AAD to look like they were providing emergency assistance when in fact this vessel only reached the MPV Everest as it was almost home, meaning it would not have been able to assist if a rescue was actually required.

“The AAD’s response was all spin, no substance, and they need to urgently review their contingency planning to ensure next summer’s Antarctic mission is better supported.”

Mr Newlyn said the fire onboard the MPV Everest vindicated the union’s call for the Aurora Australis to be kept as an emergency response vessel.

“This situation, where an Antarctic supply vessel suffered an emergency situation in the Southern Ocean, was one of the reasons the union urged the Federal Government to keep the Aurora Australis as an emergency response vessel,” he said.

“As well as supporting a range of coastal communities following natural disasters, the Aurora could have been on standby to support Antarctic missions during any sort of emergency situation.

“It’s too late for the Aurora, but it’s not too late to create a strategic fleet of Australian vessels, crewed by highly-skilled Australian seafarers, that includes vessels capable of providing timely support during maritime emergencies.

“Australia’s almost complete reliance on foreign vessels, registered in tax havens and crewed by exploited workers, is precisely the reason it took a week to get a support vessel to the MPV Everest, because there are no longer the Australian vessels that would have helped in the past.

“The Federal Government has a responsibility to ensure Australia has the maritime fleet needed to not only secure our economic prosperity, but provide the support needed to allow future Antarctic missions to safely occur.”