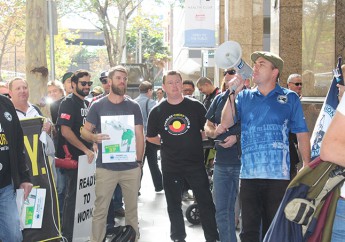 The Maritime Union of Australia has slammed moves by the Abbott Government to deregulate the Australia shipping industry and with it, destroy 10,000 Australian jobs. 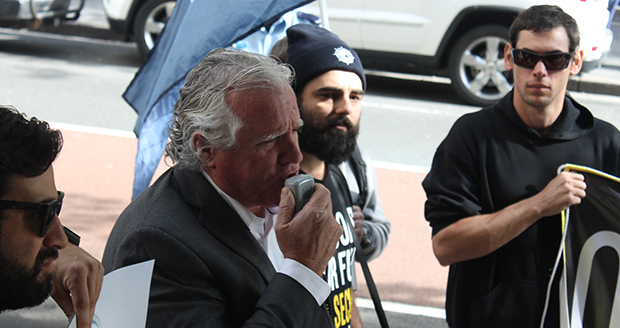 "Warren Truss is basically removing a part of Australian industry and replacing it with an industry that comes from Liberia or Panama - no regulation, tax avoidance, low labour standards," Mr Crumlin told the crowd of about 100 MUA activists.

“The MUA strongly urges that the Coastal Trading Act is not unwound as it is demonstrably in the national interest to retain and grow the coastal shipping industry.

“If implemented, the Abbott Government’s move represents a radical policy change that is ignorant or negligent to the critical importance of a domestic shipping industry. 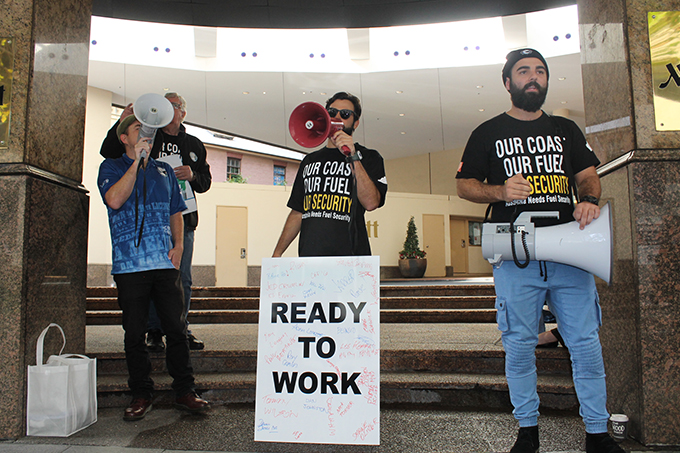 “These changes could spell disaster on a number of fronts – maritime jobs, skills, fuel security, national security and pose a threat to the environment.

“The Abbott Government’s changes could directly impact around 2,000 direct jobs and up to 8,000 associated jobs - so 10,000 Aussie jobs on the chopping block.

“But rather than protect local jobs, the Abbott Government wants to open up our coast to all comers – carrying such substances as car and jet fuel, diesel and ammonium nitrate.

“There could also be a significant impact on the offshore oil and gas sector - with limited visa regulations and oversight.” 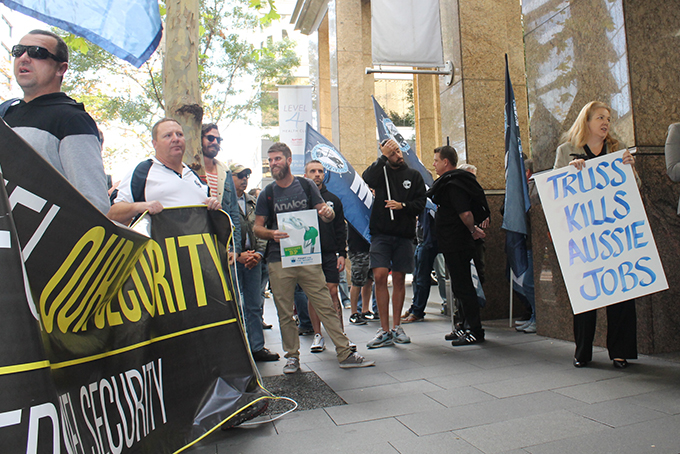 The ALP also weighed into the debate, saying the changes - due to be introduced in parliament's winter session - would undermine pay and conditions and amount to "WorkChoices on water".

Opposition Leader Bill Shorten said: “Well let's not use weasel words about restructure on water, this is WorkChoices on water.

“What we see is thousands of Australian jobs to be jeopardised.

“What we see is this Government's predilection for lowering employment conditions in Australia.

“What this Government hopes is that because ships are beyond the breakers and that people can't see every employment condition in a ship, that they can get away with seeing third world conditions employed on ships which carry cargo around the Australian shoreline.

“This is unacceptable, Australia is an island nation, we should have our own indigenous shipping industry, and for the Abbott Government to sabotage the conditions of seafarers is Work Choices on water. 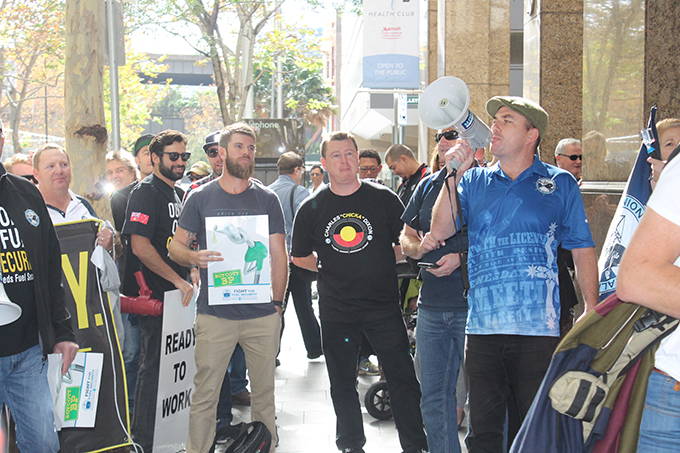 Labor Transport spokesman Anthony Albanese, who sheparded through the changes to the 2012 Coastal Trading Act said: “The Liberal and National Parties seem to be obsessed with attacking workers who work on the waterfront or on Australian ships."

“It's what they did last time when they were in office.

“For a government that says it wants to stop the boats, what they want to do is to stop Australian ships working on the domestic freight task around our coast.”

“We wouldn’t bring in overseas truck drivers to carry goods on the Hume Highway at $2 an hour and we shouldn’t allow the same on our shipping lanes.”

“The Greens will fight these attacks.”

“We will stand up for the local shipping industry and protect people’s rights at work.”

The usual conga line of spivs and hangers-on have applauded the Abbott Government’s move, including the Business Council of Australia, National Farmers Federation and Australian Chamber of Commerce and Industry.

All of the rally photos can be viewed here.