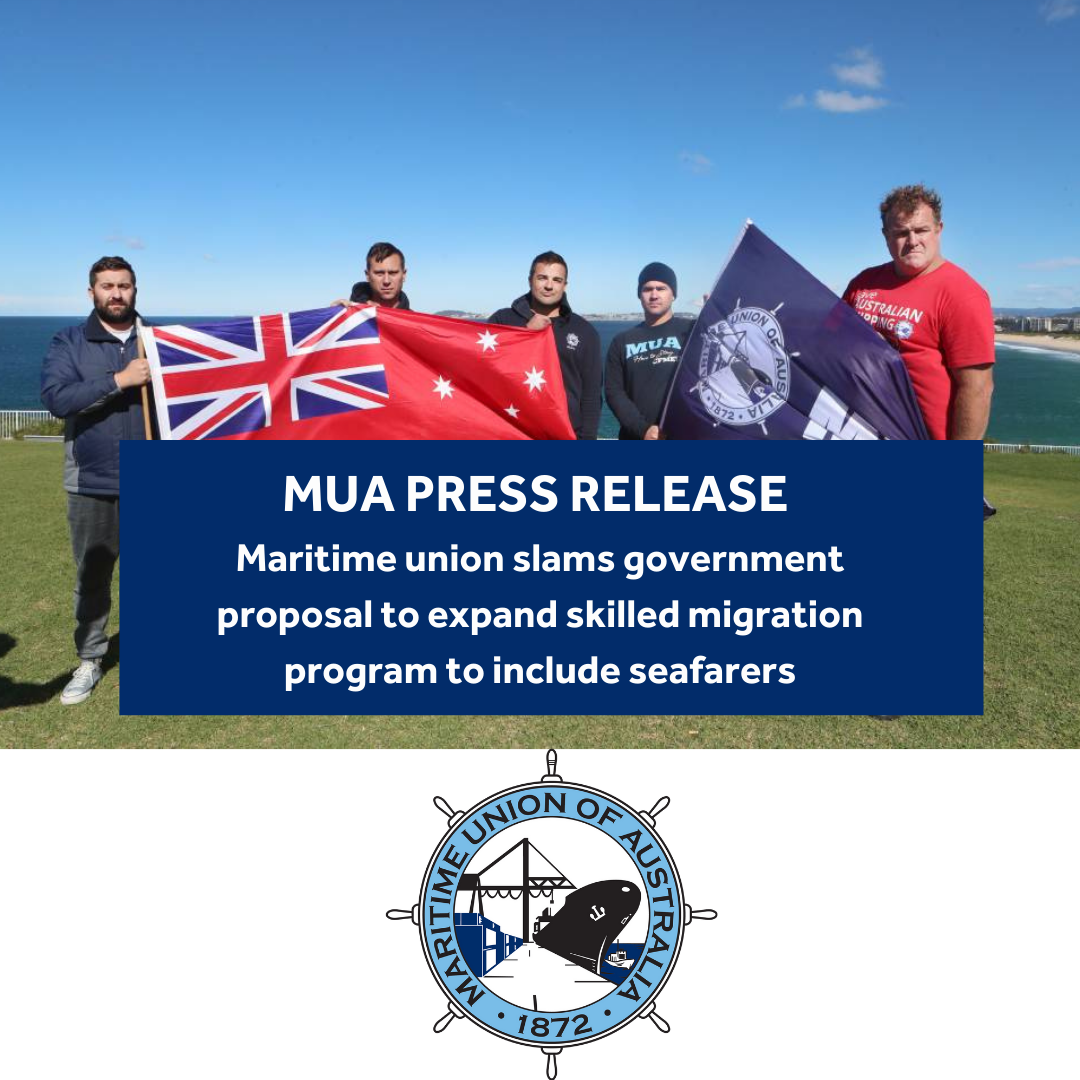 The Maritime Union of Australia has slammed a proposal by the Federal Government to include seafarers as a priority occupation for skilled migration, saying hundreds of Australian seafarers are currently unemployed due to the COVID crisis and the loss of Australian-flagged commercial vessels.

The interim report of the Inquiry into Australia's Skilled Migration Program, released last week, recommends that seafarers be urgently added to the priority occupation list for skilled migration, opening the door to the recruitment of seafarers from overseas rather than employing or training local workers.

The report also proposes slashing existing labour market testing requirements, which require companies to look for Australian workers before recruiting overseas, along with scrapping a requirement that employers contribute to the Skilling Australia Fund to train local workers when bringing in foreign labour.

MUA National Secretary Paddy Crumlin said it was outrageous that the Federal Government was looking to undermine the job security of Australian seafarers still struggling with the impacts of the COVID crisis.

“The proposal to add seafarers to the priority occupation list for skilled migration, along with the weakening of labour market testing requirements, would be a devastating blow to those highly-skilled local seafarers.

“Based on nothing more than a suggestion by an industry group that skills shortages may occur in a very limited number of specific roles in future years, the Coalition members of the Joint Standing Committee on Migration have decided that all seafaring jobs should be opened up to overseas applicants.

“If the Morrison Government presses ahead with this proposal, it will be devastating for Australian seafarers, taking away employment opportunities at a time when many are struggling to find work.”

“Australian seafarers have been losing their jobs as a direct result of the Morrison Government continuing to rubber-stamp thousands of temporary licenses allowing foreign ships crewed by exploited workers paid as little as $2-an-hour to work on the Australian coast.

“If the Morrison Government presses ahead with this plan to allow companies to recruit seafarers from overseas, rather than employ skilled Australian workers, it will have a devastating impact on our industry.

“A smart island nation needs a self-sufficient maritime industry, which is why the Federal Government should be investing in the development of a strategic fleet of local vessels, rather than further weakening our critically-important maritime supply chains.”