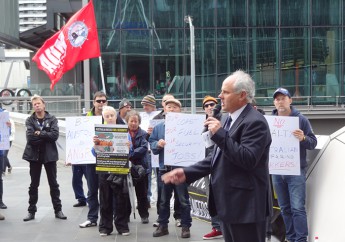 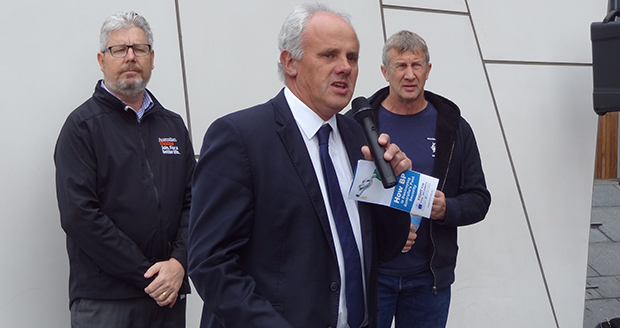 This week oil giant BP removed their Aussie-crewed oil tanker British Loyalty from Australian coastal trade, claiming there was not enough work for the tanker after the closure of the Bulwer Refinery in Brisbane.

Madigan condemned the move in saying Australia was increasingly placing its fuel supply in the hands of offshore interests and that the move also meant 400 job losses for the crew and refinery workers.

The crew of the British Loyalty did not want to leave, but were ordered by the Fair Work Commission to sail to Singapore, where their employment will be terminated. 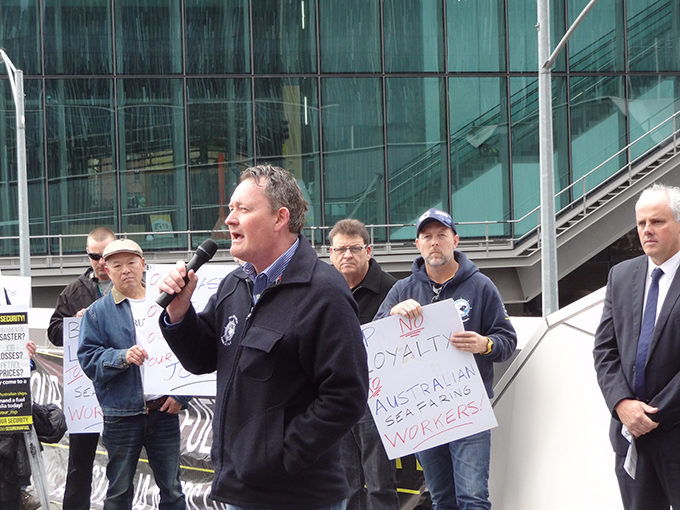 The MUA argues there is enough local work to keep the crew Australian and in Australian waters, saying BP needs to do more to support jobs and the local community.

Approximately 900,000 tons of refined product is currently being moved from Kwinana Refinery in WA to Australia’s east coast each year on foreign vessels and this work should be done by the British Loyalty, Assistant National Secretary Warren Smith said at the rally today.

Smith said the crew of the British Loyalty were a staunch crew and are not only worried about their futures but also angry about the demise of Australian ships and their treatment by BP.

“Australia should not allow its workers to be undermined by this unscrupulous employer,” he said. 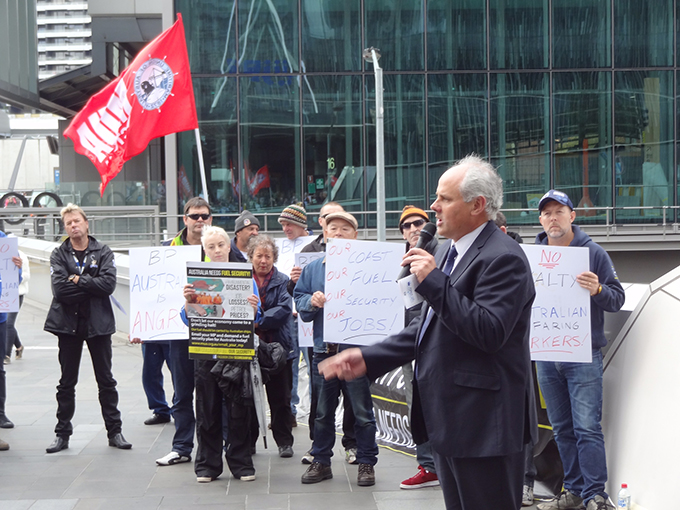 MUA Assistant National Secretary Ian Bray said it was vital for the community to draw a line in the sand as this is the third tanker to go in nearly as many months.

“The crew of the British Loyalty are decent, honest, hardworking Australians,” he said.

“They just want to feed their kids, pay their mortgages, and work under Australian conditions. Instead, BP wants to give them the sack and replace them with foreign crew on as little as $2 an hour.”