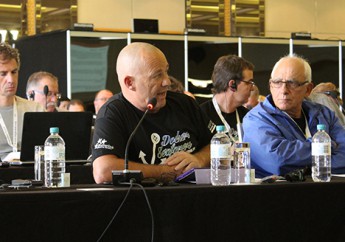 The International Transport Workers’ Federation has resolved to back the Maritime Union of Australia’s campaign to retain the BP oil tanker the British Loyalty on a coastal trade route.

The emergency motion introduced by the MUA was carried at an ITF Seafarers’ Section meeting as delegates from around the world gathered in Perth.

At the same time the motion was moved 18 seafarers docked in the port of Brisbane were facing long-term unemployment prospects after the Fair Work Commission sealed their fate in demanding the crew sail the vessel to Singapore, where they will go down the gangway for the last time.

Oil and gas giant BP refuses to accept that there is enough work to retain the tanker, despite figures showing more than 900,000 tonnes of refined fuel was transported out of its Kwinana refinery aboard Flag-of-Convenience (FOC) ships to East Coast Australian ports.

MUA Assistant National Secretary Ian Bray, who tabled the motion on behalf of the union, said what had started as a domestic campaign now had the support of ITF-affiliated unions. 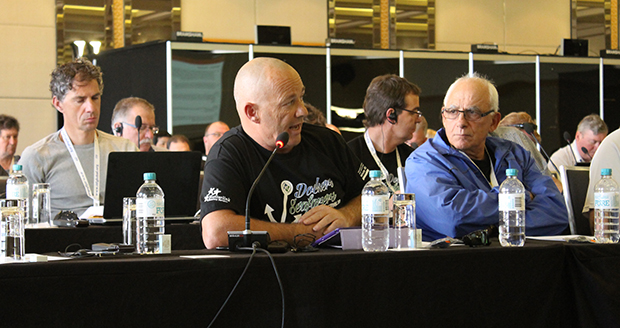 “The ITF has agreed to arrange a high-level meeting with BP to demand that the British Loyalty and its current crew are redeployed to carry BP’s existing domestic cargo. If the British Loyalty can’t be utilised, other Australian-manned vessels should be used on all coastal trading voyages,” Bray said.

“Nobody spoke against the motion because everyone in the room understood that this is a concerted effort by BP to circumvent national cabotage laws.”

Assistant National Secretary Warren Smith said the MUA will continue to push for a full boycott of BP retail and that the union has more protest events planned throughout the country.

“BP probably thinks that when the ship goes away, we will go away. Well BP, we’re not going anywhere and we will continue to explore every single pressure point,” Smith said.

“We will not relent until BP commits to placing any viable amounts of cabotage cargo onto Australian crewed ships.”